Comments Off on Understanding 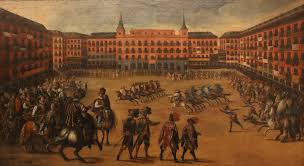 Most Americans don’t know about their history as well as most would think they do. That is contrary to the belief that many Americans are aware of their own history compared to other nations. This doesn’t mean that there is a deficiency in the system of education, but rather people are more focussed on the future rather than the past. Educators and laymen alike agree that knowledge about the history of Americans is essential in making them who they are. History as a subject is more relatable to the social experiences of the American people in detailed and concrete form. It provides various experiences and achievements made by a group of ordinary individuals. Since history gives events in chronological order, it naturally stresses on the concepts of change, continuity, and development. To better understand this concept, here are some of the benefits of learning American history.

Learning American history is crucial to the American citizens since it makes loyal citizens. Loyalty is brought about by history, providing memories of the common events and experiences that happened in the past. It also involves the aspirations that the forefathers had, which is a key ingredient in promoting patriotism from the struggle of independence and a fight for equal rights and freedoms. Young people and the American people as a whole are able to learn about the sacrifices made for certain achievements to be made. This further enhances their patriotism.

Getting to know American history makes intelligent voters make sound decisions in relation to the current problems. Such decisions are based on what happened in the past. History provides the order in which past decisions were made and what were the repercussions. From learning how, and where such decisions were made. It becomes easier to tackle current issues based on what transpired before. The past events become a roadmap for what can be done now and even in the future.

The other benefit of studying American history is the creation of good neighbors. From the teachings of the past, tolerance is created on the differences among individuals and appreciation of the different abilities and interests of the American people. In understanding what the history entails, individuals are made well- rounded and stable. Such is gotten from a deeper understanding of the pattern of the society and the varied intellectual production of the past. Good neighbours promote unity and peace which forms the foundation of any nation.

History provides long views, a perspective, and it’s also a measure of what becomes permanent in a nation’s life. To the people of America, history is compared to what memory is to an individual. Memory, either conscious or unconscious, provides leeway for every action a human being performs. The unique benefit of learning history is provided by the methods used and materials available. Since every decision of any man is based on past activities, history is a fundamental field, especially to Americans. That is why it is important to get a deeper understanding of our history whether American or not.

Short Course on – What You Need To Know